Einstein by Philippe Halsmann: In response to: On Albert Einstein

Philippe Halsmann
In response to: On Albert Einstein

The beautifully phrased and delicate venom of Dr. Oppenheimer’s “tribute” to Professor Einstein [Mar. 1] distressed me deeply. I must admit, however, that I am partial to Professor Einstein. His intervention on my behalf in 1940 resulted in my coming to this country and probably saved my life.

My wife and I visited him often in Princeton. We came in contact with a human being full of empathy and warmth, a man of rare selflessness and touching modesty, always ready to oppose injustice, to fight for an underdog, or to help a victim. Dr. Oppenheimer in trying to sum up this “attitude toward human problems of Professor Einstein” suddenly found himself lacking an adequate English word for it and had—characteristically—to use a word in Sanskrit: “Ahinsa,” which he helpfully translated as “harmlessness.” 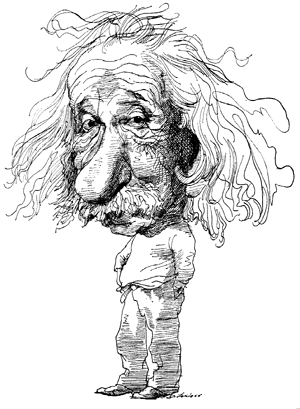 On Albert Einstein by Robert Oppenheimer

Though I knew Einstein for two or three decades, it was only in the last decade of his life that we were close colleagues and something of friends. But I thought that it might be useful, because I am sure that it is not too soon—and for our generation perhaps almost too late—to start to dispel the clouds of myth and to see the great mountain peak that these clouds hide. As always, the myth has its charms; but the truth is far more beautiful.

Late in his life, in connection with his despair over weapons and wars, Einstein said that if he had to live it over again he would be a plumber. This was a balance of seriousness and jest that no one should now attempt to disturb. Believe me, he had no idea of what it was to be a plumber; least of all in the United States, where we have a joke that the typical behavior of this specialist is that he never brings his tools to the scene of the crisis. Einstein brought his tools to his crises; Einstein was a physicist, a natural philosopher, the greatest of our time.